There’s little point in comparing the iPad Air (the 5th Generation iPad) to it’s immediate predecessors (the 3rd and 4th generation iPad). Why? It’s simple: as a tablet buyer you can’t buy the iPad 3 or the iPad 4 after Apple discontinued them since there capabilities are very close to that of the the new iPad Air and would disrupt there product lineup goals of offering a less capable model and an leading edge version of the same product. The iPad 2 is the less capable model and the iPad Air is the more capable leading edge version. These are the only two version of the full-sized iPad you can purchase in stores.

What about the iPad Mini? Well, Apple did something similar but didn’t have a previous iPad Mini to use as a less capable model. They introduced the iPad Mini with and without a Retina display – instant low-end and high-end models with different price points!

The type of processor and it’s internal clock speed determine how you perceive the performance of the tablet when using it for every day tasks. The iPad Air is much more capable than the iPad 2. But don’t under estimate the iPad 2 – for every day use it’s more than capable. Gamers will appreciate the speed improvements of the iPad Air.

RAM is the on-board storage the tablet has for running apps. The iPad Air has 1024MB, while the iPad 2 has 512MB. The iPad Air also uses a newer more energy efficient memory chip. In real-life you won’t discern the difference – the iPad air needs more memory to assist it with updating it’s Retina display, the iPad 2 has less to update so should get by with less RAM.

Siri – Your wish is my command.

Siri lets you use your voice to send messages, schedule meetings, place phone calls and more. Ask Siri to do things just by talking the way you talk. Siri understands what you say, knows what you mean, and even talks back. Siri is so easy to use and does so much, you’ll keep finding more and more ways to use it.

But here is a decision I just don’t understand! Both the iPad Air and the iPad 2 support IOS 7. IOS 7 supports Siri but the iPad 2 will not support Siri!  Now it gets even more confusing when you notice both the iPad Mini version support Siri. 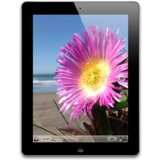 The iPad Air comes with a much larger battery to deal with the increases battery drain from the faster processor, the increase in RAM and the larger Retina display. As a result all iPads (including the Mini) are advertised with 9-10 hours of battery life and that’s been my real-life experience.

Apple continues to improve the camera capabilities with each new generation of (iPad and iPhone). Stand-alone camera usage and sales has plummeted as a result. Both iPads have front and back cameras.

The iPad 2 front camera (facing you as you view the screen) offers VGA quality video and still images at 640 x 480 resolution. The latest iPad Air bumps up video to 720p HD and still images to 1.2 megapizels.

Still images and videos taken with an Apple iPad or iPhone are amazing and put many high-end camera to shame.

This entry was posted in iPad 2, iPad Air. Bookmark the permalink.